Around the world women and men have formed myths about menstruation. Not everything you hear is always true and you must find resources that are credible to answer any questions you may have on menstruation. Myths are formed because one person makes a false statement on a topic and then others believe what they are told. People make false statements on topics based on their education on the topic and menstruation is an easy topic to make myths about considering that worldwide men and women lack proper menstrual education.

At Stetho Health Systems we want to educate women and young girls on why not all myths formed against menstruation are not true. Today we will address 4 myths that have been placed about menstruation.

Period blood is less actual blood than you would think. Period blood is made up of uterine tissue, mucus lining, blood, and bacteria. This results in a period of having fewer blood cells than regular blood that is continuously moving through your veins. Period blood is harmless unless the woman has any bloodborne diseases.

Myth 2: Women are ALWAYS on their period

It is important to understand that a menstrual cycle is different than a period. A menstrual cycle lasts on average 28 days and is the time one period starts the next period. Menstrual cycles vary in every woman and can either last longer or be shorter due to events such as weight, stress, and medication. A period is a duration that a woman bleeds and typically lasts up to 7 days. Just like a woman’s cycle period lengths is unique to every menstruating woman.

So, no women are not always on their period.

Taking a bath can be relaxing and a way to perform self-care during your period. Baths also can relieve menstrual symptoms such as cramps. The hot water from the bath can soothe menstrual cramps the same way a heating pad does.

Water does not stop your period. It is important to understand that though baths may be relaxing and can help ease menstrual cramps it is not the most hygienic way to clean your body. Your period may subside while in the bath, but it doesn’t mean you won’t bleed.

Periods are a natural process that happens to a woman’s body. Every month a woman’s body prepares her for pregnancy and when no pregnancy occurs her body shed the egg resulting in a period. Taboos and stigmas have been placed on periods that make women feel ashamed or embarrassed about menstruation when they have nothing to be ashamed or embarrassed about.

Women should embrace the changes that happen to their bodies each month and never feel ashamed of what is happening to their bodies. After all, periods are natural, and you are not alone when it comes to menstruation. Millions of women around the world menstruate every day.

Women and men need to stop viewing periods as being gross and dirty and embrace the changes that occur in a woman’s body. Women of all ages shouldn’t feel ashamed to ask for a pad or have open discussions about menstruation. Periods are normal and women around the world experience them it is time we put an end to the stigmas, myths, and taboos formed around them and embrace them openly.

Everything you need to know concerning labs, testing, and x-rays 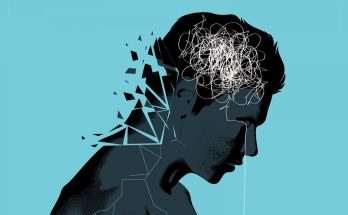 View all posts by Kaelyn Barrows →

Everything you need to know concerning labs, testing, and x-rays

Here is How to Make it Through Orthopedic Surgery Recovery

Diagnosis and Treatment for Uterine Fibroids